As a criminal justice planner for Thomas Jefferson Planning District, Neal Goodloe has demonstrated the value of this position and brought significant improvements to the criminal justice system in Charlottesville and surrounding counties. Come hear him share about his experience and learn what establishing this role can do for our community on November 30th. 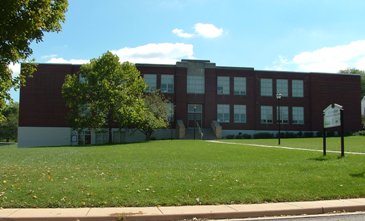 There will be a 4pm event at the Fire and Rescue Room of the County Administration Center, as well as a 7pm event at Lucy Simms Center for interested area residents. Join us in our efforts to continue the momentum for criminal justice reform in Harrisonburg!

Click here to add this event to your calendar.

Mr. Goodloe kindly provided us with some summary reports and data gathered as part of his work. Click here to download an archive of these reports.

Neal is a criminal justice professional with 35 years of experience in the field, beginning in the District 9 Probation and Parole Office in Charlottesville, where he worked for 25 years, including five years as the Chief Probation Officer.  Neal was among the first chiefs in the Virginia Department of Corrections to implement an evidence-based practice (EBP) model beginning in 2004, in partnership with OAR and Region Ten Community Services.

Upon his retirement from state service in 2008, Neal joined Northpointe, a nationally-recognized criminal justice consulting and technology firm. In his second career, Neal provided consulting, technology implementation and data management services in support of statewide EBP implementation efforts in Virginia, Wisconsin, South Carolina and Massachusetts, in addition to a number of counties and municipalities. His consulting services focused on jail population management, prison reentry planning, implementing improvements in community corrections practice, and working with drug courts, pretrial agencies and the Courts.

Neal accepted the position of Criminal Justice Planner for the Thomas Jefferson Area in January 2015. In this role, Neal coordinates the work of the Community Criminal Justice Board and facilitates the various planning, data-integration, research and grant-writing efforts of its constituent members. Neal received his BA from the University of Virginia and holds a Masters degree in Public Administration from Virginia Commonwealth University.

Do NOT follow this link or you will be banned from the site!